Signal Hill has been the home of some interesting individuals, such as "Kid Mexico." But was Kid Mexico, born Tod Faulkner,  a hero or a bum?

The bingo baron endeared himself to the town, throwing free parties for the kids on Saturday mornings and for their folks on Saturday nights.  Stars such as Hopalong Cassidy, John Mack Brown and Jack Dempsey came to entertain the youngsters, and the Kid counted as his friends many of the most important people in politics and the entertainment world.  In 1949 he started the "walkathon" craze where young couples would walk in pairs, along a stage 35 by 65 feet, from 7 p.m. to midnight, with a rest period of 15 minutes for every hour. It ran for five weeks.  Every year at Christmas Faulkner held a huge party giving away 10,000 toys to children.  Though he might act like a Santa Claus, there were many who felt he was just a crook trying to look respectable.

Named Kid Mexico by a fight announcer, young Tod Faulkner launched his boxing career at the age of 10 in Taft, California. During his career he claimed several titles: California State bantam crown (1914), welter (1917) and middle (1925). His last fight was against Bert Colima at Wilmington in 1932. The Kid had fought 387 fights and lost only 11; he owned a bowling alley, restaurant, oil property but he really made his fortune with his Wiz-Quiz bingo games along the Pike and on Signal Hill.  His bingo game had a gimmick which The Kid claimed made it a legal game of skill and not a lottery game of chance.  The gimmick consisted of having the winner of a plain, old bingo game answer a question.  If the winner answered the question he got a payoff.  If he didn't answer the question, no dinero.  The questions were simple and house employees often helped with the answers if the winner was having a hard time.

In July 1953, Tod Faulkner pleaded guilty to election fraud charges which involved his trying to rig registrations in the November 1952 Signal Hill election. This was a compromise plea which reduced Faulkner's charge from a felony to a misdemeanor.  He was fined $500 and placed on three years' probation. He had been accused of conspiring with Royce Jay Bushong, deputy registrar of voters, to sign up voters not qualified to participate in the November election.  Faulkner had hoped to get voters to allow bingo-type games on Signal Hill to continue.  The proposition lost by a vote of 1358  to 660.

But  Kid Mexico was never the same again; the sixty-year-old decided to retire and move to . With the help of some Signal Hill policemen who were willing to earn extra money on their own time, a road was built to Faulkner's new abode which they named .  At the same time, the Kid was also being harassed by tax liens filed by the government against properties he owned.  Uncle Sam charged Faulkner owed $262,024 in extra income taxes for 1948 and 1949. 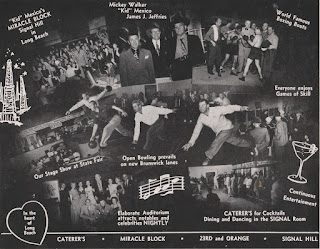 The Kid claimed that a 1:15 a.m. on the morning of April 20, 1958, God and Faulkner's dead wife Edna appeared to him, telling him to go out and preach the world of God.  Many were suspicious of his new found religion, but Faulkner insisted he didn't intend to take up collections or have anything to do with setting up a bingo parlor in his church.  Preaching the world of God was his soul purpose.  His congregation would be boxers.  Faulkner planned on opening a boxing training ring in Palm Springs in which he would teach boxers how to punch, and at the same time he'd preach to them. He denied he was building a swimming pool in Palm Springs to use for baptisms.

In later life Faulkner returned to his old house on Signal Hill which he turned into a . He advertised that the museum "was better than Knott's Berry and Disneyland combined.  Here you could meet "amazing celebrities in person and obtain free autographed pictures" and see his collection of nostalgia for $2 a head.  He was to die September 5, 1986 at the age of 85. He is buried at Long Beach's Sunnyside Cemetery.

Sources: Various articles in the Long Beach Collection at Long Beach Public Library (see www.lbpl.org) for a list of these resources.

Posted by Claudine Burnett at 4:29 PM

Claudine Burnett
My latest book "The Red Scare, UFOs & Elvis: Long Beach Enters the Atomic Age has now been published (July 2018). In it you will learn about life after WWII, the baby boom generation, fear of atomic attack and Communism, mystery submarines off the So. Cal. coast, the birth of rock 'n' roll, UFO sightings and alleged abductions in So. Cal., and the truth behind Roswell. For more go to my website www.claudineburnettbooks.com